At the start of April 2018, visitors to the RDA GROUP TRAVEL EXPO, the leading trade fair for coach and group tourism in Friedrichshafen, had the opportunity to see this simple and efficient solution for themselves. We showcased the logical evolution of the tour guide system at our stand: ELYSIUM.

This app opens up completely new opportunities for guided tours:

an app for your own smartphone.

ELYSIUM can therefore be used 24/7 worldwide and has an unlimited range, as it works seamlessly in the mobile network and on Wi-Fi. Managing groups is now child’s play with ELYSIUM. Download the app in the App Store. Following installation, the user is able to select how they want to use the app: as a group leader or guest. Apart from its basic function as a conventional tour guide system, tour guides as well as the group can communicate using the ELYSIUM dialogue function.

Distance warning is a further handy feature. A muted warning signal sounds to the guest as soon as they exceed the maximum distance from the guide, prompting them to return to the group. The tour guide thus retains an overview of the tour group and its movements. There is also an opportunity to integrate the Co-Guides function into a guided tour.

ELYSIUM enables the tour guide to fix a meeting point, and the app then guides the guests to this meeting point by GPS. ELYSIUM is also capable of acting as a group chat: if the meeting point changes, the tour guide can notify all members of the group by message – annoying phone calls, particularly abroad, are now a thing of the past.

And have you considered the hygiene aspect? Because ELYSIUM is used as an app on a person’s own smartphone, it’s no longer an issue, as guests will use their own smartphone and own headphones. A further benefit for the tour guide is the fact that they do not need to gather in, disinfect or charge the devices at the end of the tour.

Discover these and many more useful functions with ELYSIUM.

Be there to test the new dimension in group tour guide systems before its official launch: ELYSIUM. 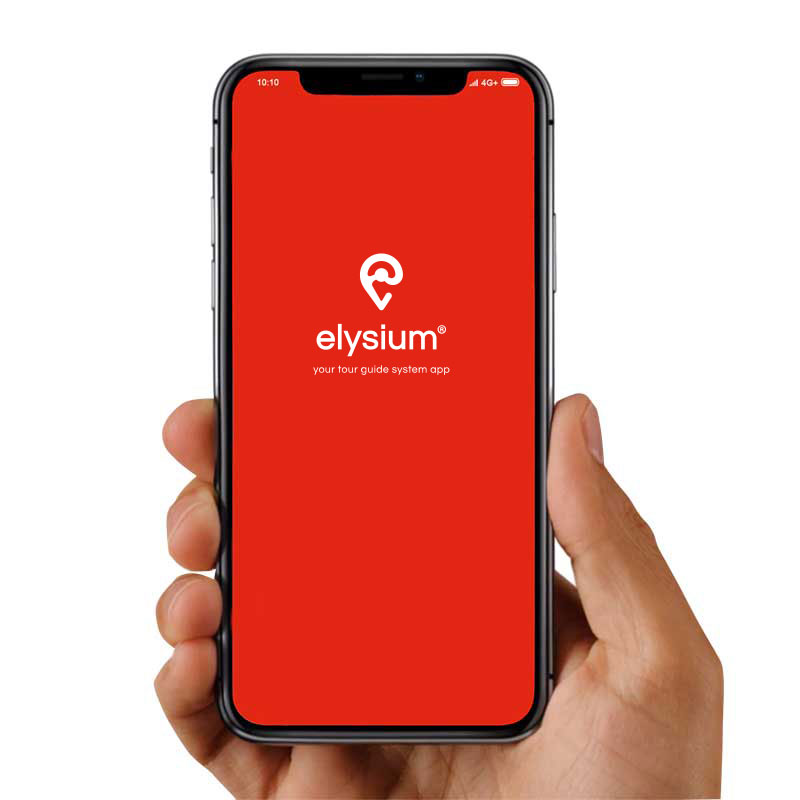