Tour guide system – on the move on banned frequencies?

They actually exist: banned frequency ranges. By using them, you risk more than just a fine. Equipment that operates on prohibited channels will be disposed off at a charge. What's the situation with your tour guide systems? Are they all legal?

The Federal Network Agency regulates traffic and the approval of frequency ranges that may be used in the Federal Republic of Germany. Section 5 of the Telecommunications Act regulates the issue of frequencies, numbers and rights of use. Tour guide systems are also affected by this ruling.

Generally, users of the devices have very little to do with this issue as the manufacturers of tour guide systems set them up with the approved frequencies. However, what happens when the systems are carried over national borders? Or if they are imported from third countries that operate on frequency ranges that are banned here?

What's the purpose of regulation?

Anyone who has ever used a mobile phone, wireless microphone or a tour guide system and had ‘crossed lines’ with other equipment is well aware of the unpleasantness of interference (or maybe exciting foreign conversations). However, were police, military or emergency and rescue service radio to be troubled by this interference, it rapidly becomes evident why these channels need to be monitored, allocated and regulated by the state. The Federal Network Agency's Frequency Plan therefore regulates precisely which frequency ranges may be used by whom and for what purpose.

The legislature regulates the wavelength spectrum from 9 kHz to 3000 GHz. Initially that sounds like a seriously large frequency ‘pie’. But when you then consider the ranges already issued in the Frequency Plan, only a small of the pie remains for the ever-growing market. In 2009, it affected cordless phones which still operate on CT1+ and CT2 standards, which could no longer be used. At the end of 2015, the frequency ranges between 694 and 790 MHz disappeared into what was known as “Digital Dividends”, and were bought by mobile phone companies. The higher frequencies and associated wider coverage means that the expansion of LTE (Long-Term Evolution) can be undertaken more cost-effectively.

Things are not that dissimilar around the world. If customs identify goods from abroad that do not work within the approved frequency ranges, the owner will have to face more than just the equipment being confiscated. They will also have to bear the cost of proper disposal of the equipment.

This also applies to tour guide systems, which might possibly be used on a cruise or coach trip across national borders. As soon as a ship reaches German territorial waters, the tour guide systems need to be set to the appropriately approved channels – and not just when they reach land. The same also applies if you, as the event organiser, will be transporting your own tour guide system to third countries. Compliance with the nationally approved frequency ranges is required.

Caution is also advised if your equipment operates in the 2.4 GHz frequency range, which has increasingly been sold for some time. This equipment is advertised as having global use. This is only partly true. Admittedly the 2.4 GHz frequency range can be used worldwide, however it should also be noted, in this context, that national security checks also need to be undertaken. It is questionable whether all providers undertake the relevant security checks on their tour guide systems in all non-EU countries.

Before travelling abroad, you should therefore check the (registration-free) frequencies on which your tour guide system may be used and whether the equipment has undergone a security check. All event organisers are responsible for compliance with the respective regulations! 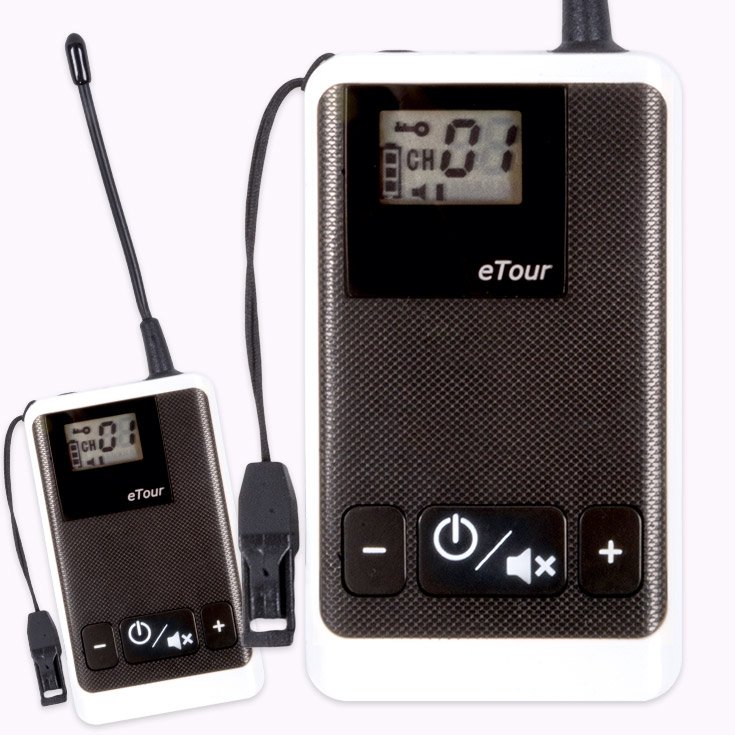